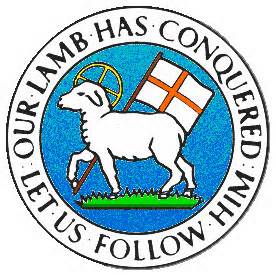 The Moravian Church is a Protestant denomination founded in 1457 as the Unitas Fratrum, the Unity of the Brethren, first led by followers of dissident Czech priest Jan Hus. Dispersed by the Thirty Years’ War, the Church was renewed in 1722 at Herrnhut, in Saxony, under the leadership of Count Nicholas Ludwig von Zinzendorf, whose own Lutheran family had been exiled from Wachovia, near the Danube in modern Austria.

In 1727 the community gathered at Herrnhut experienced both a crisis in getting along – resolved by the creation of a “Brotherly Agreement” in May of that year – and an outpouring of the Holy Spirit on August 13 that gave their assembly a renewed sense of blessing and purpose. Soon Moravians were sending missionaries worldwide, and in America their activity centered in Bethlehem, Pennsylvania. In 1752, Bishop August Spangenberg led a group from Bethlehem to survey land for purchase by Zinzendorf for a Moravian home in North Carolina, a new “Wachovia” based in Salem. That property became the base for the Southern Province of the Church today.

Readings and Sources on the Ancient Unity

Readings on the Renewed Unitas Fratrum, or the modern Moravian Church

Give to our Technology Fund

Monies will purchase new computers and software allowing the Archives to better access and share its holdings. We have reached our initial goal, but will still accept donations. More info here.

We are currently closed to visitors until the new Assistant Archivist is hired in the new year. Meanwhile, please feel free to email your research questions, and we will help as we are able.

Parking is in the northwest corner of the lot at the western end of SR 4326 (Rams Drive) off Salem Avenue. The same street serves as entry to the Elbertson Fine Arts Center at Salem College. When we reopen, our hours will be Monday-Friday (excepting holidays), 10:00 a.m. – noon, 1:00-4:00 p.m. by appointment only. We invite you to contact us to plan your visit.